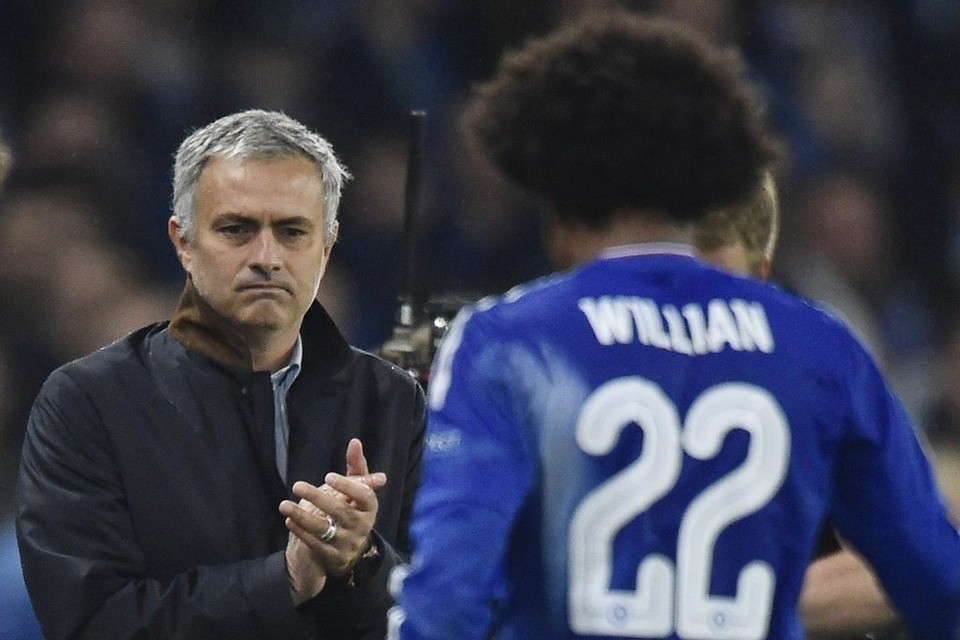 Willian is looking forward to a reunion with his “friend” Jose Mourinho when Chelsea head to Manchester United on Sunday.

Mourinho signed Willian for Chelsea from Anzhi Makhachkala in August 2013 and the Brazilian attacker has repeatedly been linked with a move to Old Trafford to rejoin his old boss.

But, ahead of the weekend’s Premier League clash at United, Willian is only focusing on the game as the two clubs battle for Champions League qualification.

“He is my friend. I had a great time with him, but I am at Chelsea and he is now at Manchester United,” said Willian.

Chelsea head into the game on the back of drawing 1-1 at home to Barcelona in the first leg of their Champions League last-16 tie, which saw Antonio Conte’s side produce a disciplined tactical performance.

With trips to Premier League leaders Manchester City and the return in Barcelona the next away fixtures after the United game, the attacker is looking for similar displays from Chelsea.

He added: “They are difficult games. It is totally different to play in the Premier League to the Champions League. I think we can stay at this level and we can go to Old Trafford on Sunday and play another great game.

“We have to play in a similar way. Against Manchester United, I think we can do a great job.

“Against Manchester City, it will be like the game against Barcelona – they like to have the ball. We have to stay compact and use the same plan as we used against Barcelona. We can win these games. We will go there to try to win.”

After firing Chelsea in front against Barcelona, having struck the post twice in the first half, Willian pointed to the sky in celebration, and he revealed that he had his family on his mind before his team-mates rushed over.

The 29-year-old took compassionate leave from Chelsea last season after losing his his mother, Dona Zeze, to cancer and he appeared emotional after scoring against Barca.

“To score a goal in a match like that you feel a lot of emotion, it’s normal,” he said. “I was thinking about my family, the people that stay with me all of the time and support me. Of course, it was a good moment and I was really happy at this moment, but I have to continue.

Lionel Messi equalised after an Andreas Christensen mistake later in the match but Chelsea came away feeling that they put in a near perfect performanceagainst the Spanish league leaders.

For the return leg at Camp Nou, Willian hopes Chelsea can emulate the display they produced against Atletico Madrid in the group stage, when they became the first away team to win at the newly built Wanda Metropolitano stadium in September.

He continued: “Of course, it was a great game, we played very well, we had a plan to come into this game. We were unlucky because we made a mistake and then we suffered an away goal but I think the result is still open.