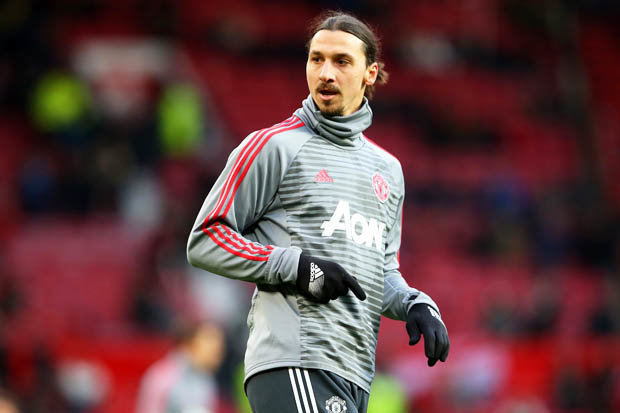 The 36-year-old was once one of the best paid players in the world, but has recently started up his own businesses in order to supplement his income

Zlatan Ibrahimovic is one of the world’s most famous footballers, having lined out for Barcelona, PSG and Manchester United in a lengthy career.

The 36-year-old has won 32 trophies during his playing career and is also Sweden’s record international goalscorer.

As a result of his immense ability, he has earned millions in wages from his various clubs and signing-on fees, but he is also a shrewd businessman with numerous interests.

Goal investigates how much Ibrahimovic earns, his sponsorship deals and net worth.

When he re-signed for United last August, Ibrahimovic reportedly took a massive pay cut from what he had earned from his first season at Old Trafford.

Despite the major drop in wages, the Swede remained one of the highest earners at the club, with Alexis Sanchez, Paul Pogba and Romelu Lukaku all earning north of £200,000.

Pogba had been the best paid player at the club on £290,000, while manager Jose Mourinho reportedly earns £300,000. However, both of these were overtaken by January signing Sanchez, who is now the Premier League’s leading earner on £350,000-a-week.

Between 2004 and 2014, Ibrahimovic was an official Nike Mercurial Athlete, meaning he was heavily involved in the promotion of the brand – and well paid for doing so. However, since the launch of his own brand A-Z Sportswear in 2016, he has not been an official ambassador for any clothing company.

Ibrahimovic had a boot sponsorship deal with Adidas in 2016-17, but returned to Nike in 2017 and currently wears Nike Mercurial football boots. As he does not have an ambassadorial role with Nike, he does not post photos of their products on Instagram or Twitter, like many of their other athletes.

For the past few years, Ibrahimovic has promoted Volvo cars, appearing in some of their television adverts, and even made a public appearance in his homeland at their factory in Sweden in September 2017.

Ibrahimovic started his own company A-Z Sportswear in June 2016, selling sportswear for men, women and children. Their desire is “to make sports accessible to everyone”, and is a collaboration between the footballer and Petter Varner, head of the Norwegian clothing giant Varner.

When he was at PSG, he also launched Ibrahimovic Parfums, with the Swede working together with Olivier Pescheux, a world-leading perfume maker from Givaudan in Paris, to create his own signature scents for men and women.

He even has his own Android game, Zlatan Legends, a free-to-download game that offers in-app purchases. It is a quasi-sports game that involves a strange blend of football and racing where you can compete online with other players.

Ibrahimovic has worked with the UN World Food Programme (WFP) for many years, helping promote campaigns to help increase awareness of the suffering of people across the world. One of their campaigns was called 805 Million Names and involved the footballer tattooing the names of 50 starving individuals onto his skin ahead of a game for PSG.

“Wherever I go people recognize me, call my name, cheer for me,” he said at a press conference in February 2015. “But there are names no one cares to remember, that no one cheers for: the 805 million people suffering from hunger in the world today.”

“I have supporters all over the world. From now on I want this support to go to the people who suffer from hunger, they are the real champions. So whenever you hear my name, you will think of their names.”

In 2014, he also paid for a team of disabled footballers from Sweden to go to the INAS World Football Championships.

In 2014, Forbes named Ibrahimovic as the 12th highest paid athlete in the world, and his business endeavours since then have helped keep him among the top earners. His decrease in wages saw him drop in the athletes’ list to number 30 in 2017, but he still ranks in the top 100 celebrities. Forbes lists his salary as $27m with $5m from endorsements, which converts to £22.5m in total.

Business Insider reported Ibrahimovic’s net worth as £110m in August 2017, making him the third richest footballer in the world. Only Lionel Messi (£230m) and Cristiano Ronaldo (£250m) are listed ahead of him.