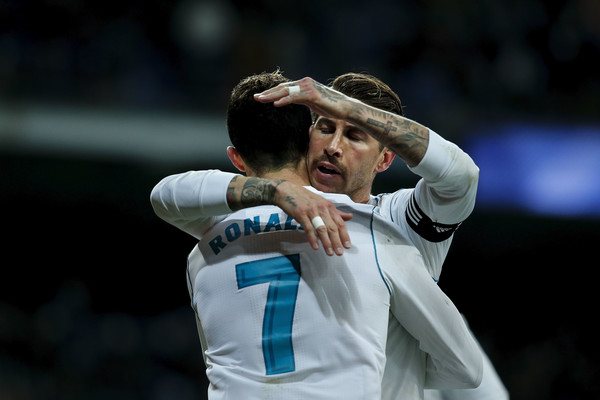 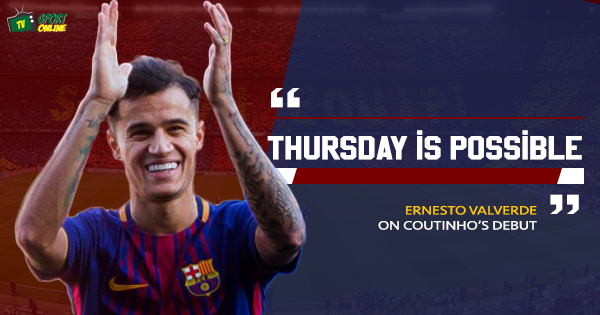 Philippe Coutinho may make his Barcelona debut against former club Espanyol in next week’s Copa del Rey second leg at the Nou Camp.

Barcelona finally brought one of the biggest transfer sagas over much of the past year to an end earlier this month after agreeing to pay a club-record £142million fee to Liverpool for the Brazilian playmaker.

A thigh injury sustained prior to his move has kept Coutinho sidelined but he could make his Barcelona bow against the club for whom he featured 16 times while on loan from Inter Milan for a few months in 2012.

Espanyol hold a surprise 1-0 lead from Wednesday’s first leg but Barcelona boss Ernesto Valverde, while hoping to include Coutinho in his matchday squad for the first time, is hesitant to ink in the 25-year-old’s name for Thursday’s return fixture.

He said in quotes published on AS: “I’m reluctant to put an exact date on a start for Coutinho, but the progress of the injury is very positive. He had a small muscular problem in his quadriceps which is a particularly sensitive zone when striking the ball with power, but I hope he’s soon with us.

“Thursday is possible and I hope that today he can train with the rest of the squad.”

Valverde has more pressing concerns as he and Barcelona switch their attentions back to LaLiga, with the Catalan giants nine points clear at the top of the standings before the latest round of fixtures.

Barcelona travel to Real Betis on Sunday hoping to stretch their winning sequence in the league to six matches.

Valverde said at his pre-match press conference: “The players won’t be distracted by the second leg against Espanyol next Thursday. Ultimately, LaLiga is the competition that they are always most strongly focused on.

“The idea is to keep this winning dynamic going and to do as well as we did in the first half of the season. But Betis will not be an easy opponent to start against.

“Betis like to get the ball into the opposition’s half, and try to dominate possession. So one of the keys to the game will be dealing with the pressure that they create. It’s going to be an interesting, difficult encounter.”

Betis have won three of their last four in the Spanish top flight to move up to eighth, a position which manager Quique Setien believes affords his side some comfort ahead of the visit of Barcelona.

He told the club’s official website: “It is true that we are at a time when we are all very even in the intermediate zone of the table, a victory or a defeat will raise many positions or take them away.

“Our situation right now is one of confidence and optimism, we are facing this game at a good time that will allow us to take on everything we do and hope with great confidence, we will be brave because we have to be.”