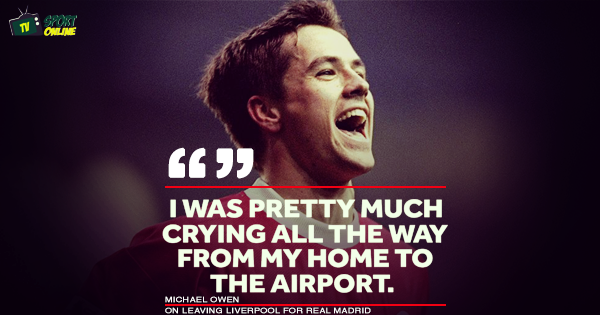 Ex-Liverpool striker Michael Owen has described how he was in tears all the way to the airport when he left his former club.

The former England international made his professional debut for the Reds in 1997, graduating from the youth ranks to become one of the clubs best-loved forwards.

However when Spanish giants Real Madrid came knocking in 2004, Owen claims that he knew it was time to move on, but it wasn’t an easy decision.

Owen was into the final year of his contract with Liverpool, and found his first team appearances increasingly limited under new boss Rafa Benitez.

But despite the lure of moving to the Spanish capital, Owen says it was still a tough call to make.

“Who wouldn’t want to play with them? But my mind chopped and changed and my thought process was going back and forth.