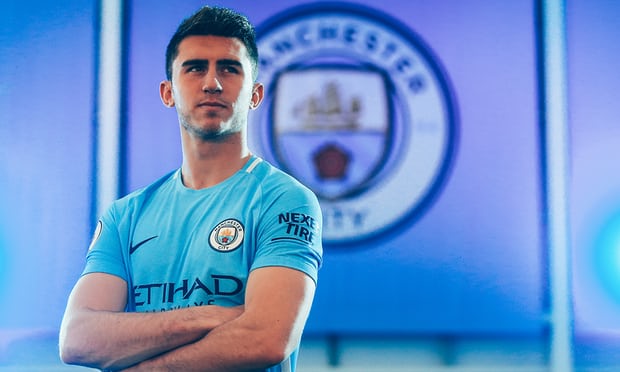 Manchester City have completed the signing of French centre-half Aymeric Laporte in a €65 million deal with Athletic Bilbao.

The highly-rated 23-year-old, who Goal revealed was on his way to the Etihad Stadium after seeing his release clause triggered , has committed to a contract with the Premier League leaders through to 2023.

He is to inherit the number 14 jersey within Pep Guardiola’s squad and is looking forward to getting started and helping his new club finish the job of securing major silverware this season.

Laporte told the club’s official website upon the announcement of his arrival: “I am very happy to be here.

“City are a club with a lot of ambition and they are one of the best teams in Europe.

“I am looking forward to working under Pep Guardiola and trying to help the club to achieve success.

“It means a lot that the club have shown faith in me and I am excited to get started.”

Laporte made his breakthrough at Bilbao in 2012 and has departed the club having made 222 appearances.

He is yet to earn senior international recognition, with either France or Spain, but is being backed to kick-on in his career with City and grace the very top of the game.

The Blues’ director of football, Txiki Begiristain, added on the new arrival at the Etihad Stadium: “We are delighted to have signed Aymeric.

“We have assessed defensive options and he is a player we have admired for a long time.

“With his quality and ability to play out from the back, we feel Aymeric will fit in perfectly with Pep Guardiola’s playing style.”