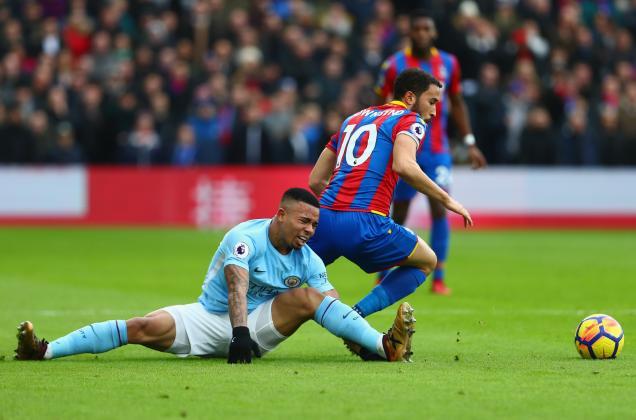 Gabriel Jesus sought the advice of Brazil legend Ronaldo in his recovery from a knee injury, with the Manchester City forward “still a little scared” about his condition.

Jesus suffered ligament damage during an awkward fall in the 0-0 draw at Crystal Palace on December 31 and was initially expected to return to training after between four and six weeks.

But the Brazil international remains sidelined and still has not returned to full training, with the injury thought to be more complicated than originally suspected.

Jesus has spoken to Ronaldo about his situation, seeking help from the 41-year-old who endured several serious knee problems during his illustrious career.

“Besides being a fan of him as a player, I had the pleasure of getting to know the person he is, which made me admire him even more,” Jesus told UOL Esporte.

“He’s conquered everything, but is still humble and great company. I’m proud to be able to have his help and advice.”

Jesus believes his knee is getting better, though he is very conscious of the risks of rushing a comeback ahead of the World Cup in Russia.

“I’m getting better every day and recovering,” the 20-year-old added. “But I must recover well, not too fast.

“The knee is very complicated, even more so as I’ve never had an injury there. I need to take good care of myself so that I can get back better than I was.

“There were a lot of negative things in my head. When I felt the pain there, I tried to continue, but I couldn’t.

“That moment was complicated because I had thoughts about the national team [and the World Cup], about the rest of the season – I thought of everything.