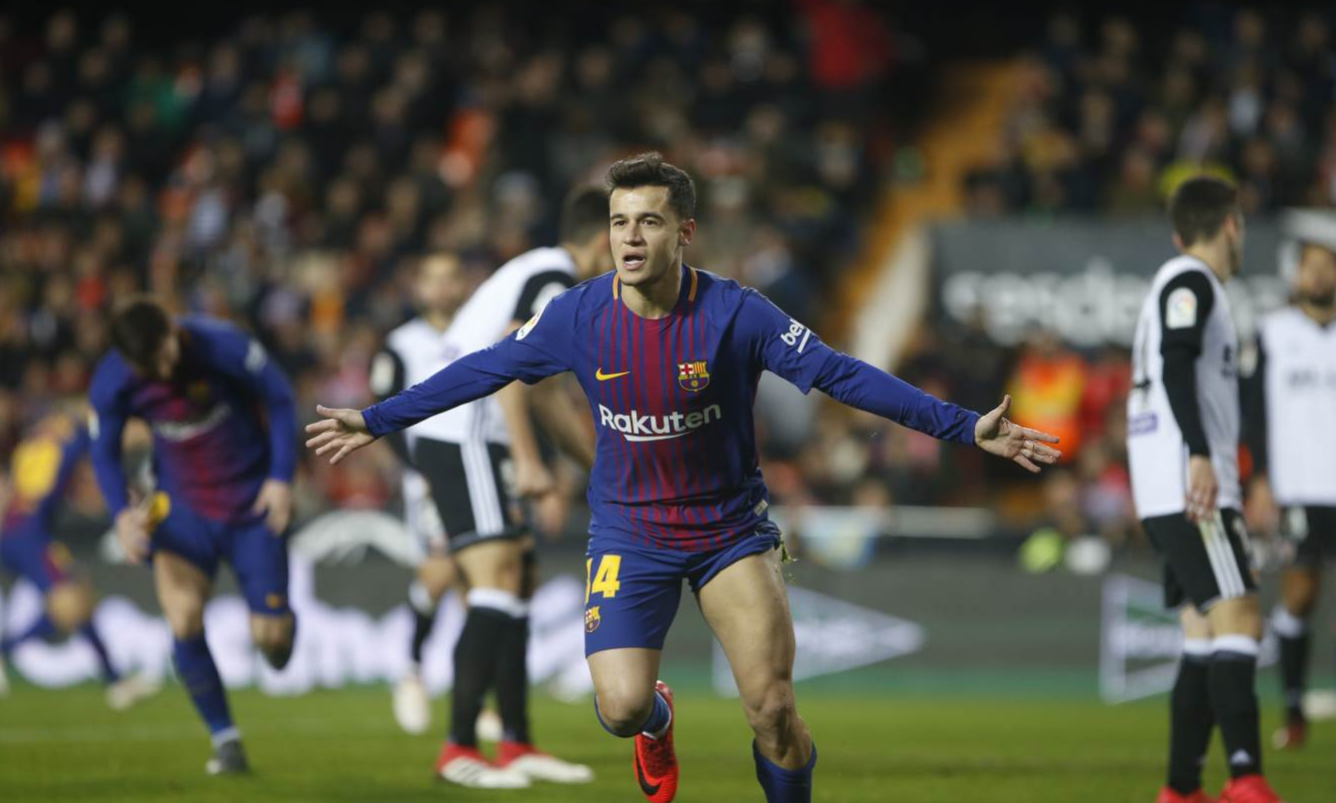 Philippe Coutinho has scored his first Barcelona goal, just minutes after coming on against Valencia as a half-time substitute.

The Brazilian was dropped for the Copa del Rey semi-final second leg at Mestalla on Thursday, but came on at the break for the ineffective Andre Gomes.

And the 25-year-old made an instant impact, opening his Barcelona account in the 49th minute to give his side a 1-0 lead on the night, and a 2-0 advantage on aggregate.

Luis Suarez was the architect, going on a mazy run and crossing to the back post, where Coutinho slid in and finished low across the goalkeeper into the far post.

The Uruguayan, as fate would have it, also set up Coutinho’s first goal for Liverpool back in 2013.

Prior to joining Barcelona last month, Coutinho scored 12 goals in all competitions for Liverpool in the 2017-18 season.

Ivan Rakitic would go on to add another goal for Barcelona in a comfortable 2-0 win, with the Blaugrana advancing to the final via a 3-0 aggregate victory.

The win moves Barca into the final for a record fifth time running.

Barcelona will take on Sevilla, who topped Leganes in the other semi-final, in the Copa del Rey final.