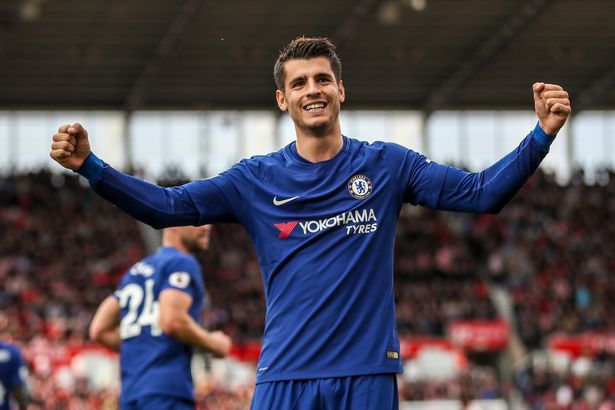 Chelsea forward Alvaro Morata has hinted he could be interested in a potential return to Real Madrid.

Morata, 25, has scored 10 Premier League goals this season after arriving from Madrid for a reported £60 million in July last year.

The Spain international is currently sidelined with a back injury, with head coach Antonio Conte unsure when to expect the forward to return.

In an interview with Movistar+, to be aired in full later this month, Morata said he was happy at Stamford Bridge, but he may be interested in heading back to Madrid.

“Obviously I have to respect Chelsea, who made a huge effort to sign me and I’m very happy here,” he said.

“But Madrid will always be Madrid for me.”

Any speculation over the striker’s future will be most unwelcome at Stamford Bridge, with boss Conte’s own future with the club seemingly up in the air.

The Italian boss has shown disappointment around the Blues’ transfer business, while recent poor results have fans wondering whether they are supporting a club in crisis.

Conte, however, remains defiant in insisting that he will see out his contract with Chelsea and try to improve the club’s situation until told otherwise.

“I’m not thinking for one moment about the possibility to go away from this club,” he said.

“At this moment we are having poor results and for this reason we have to pay great attention.