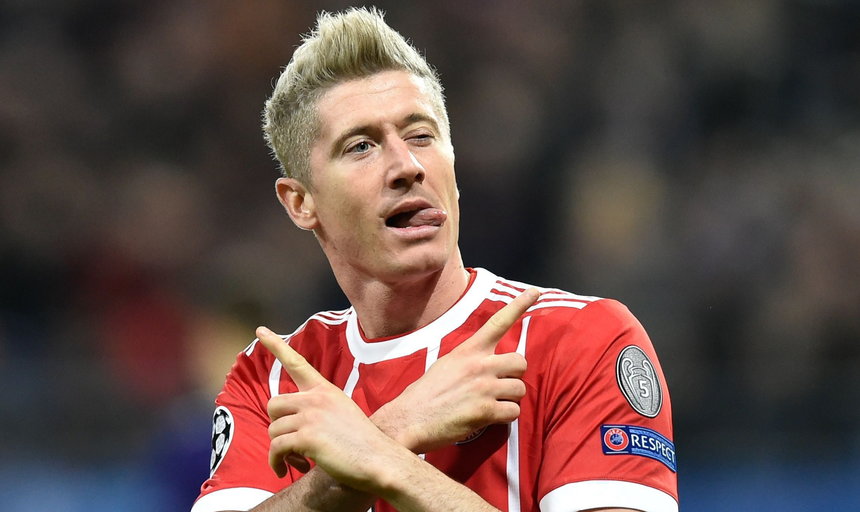 The prolific Poland international striker is aware of the speculation surrounding his future, but has learned to turn a deaf ear to it down the years

Robert Lewandowski has reiterated his full commitment to Bayern Munich as he continues to ignore links to Real Madrid.

The prolific Poland international is among those who continue to be mentioned as possible additions during a summer overhaul at Santiago Bernabeu.

He has figured on the Real radar for some time, with the La Liga giants forever in the market for players of his pedigree.

Lewandowski has, however, batted away transfer talk at regular intervals and claims to be paying no attention to the latest round of rumours heading towards the summer window.

He told Kicker when quizzed on his future once again: “At the moment I do not worry about it.

“If I was to think about this speculation as a Bayern player, it would not be good for me because I would not be focused on my job here.

“I’m a Bayern player and I want to give everything here first.”

Real already boast one of the finest frontmen on the planet on their books, in the form of five-time Ballon d’Or winner Cristiano Ronaldo.

Lewandowski is, however, a different kind of goalscorer, with the former Borussia Dortmund man eager to point out that Ronaldo and his eternal rival at Barcelona, Lionel Messi, have life a little easier as forwards, rather than out-and-out strikers.

The 29-year-old added: “It’s sometimes more difficult for a centre-forward because he often stands with his back to the goal, holding the ball, watching what can happen.

“Turning around with it’s easier, when you have everything in front of you.”

Lewandowski’s predatory instincts will be back on show in midweek when Bayern take on Besiktas in the last-16 of the Champions League.

The German giants are heavily fancied to progress to the quarter-finals, and their star striker says success in the competition should come as no surprise.

He added: “It would not be a sensation if Bayern won the Champions League. But it might get harder in the future when you see what’s going on in the other leagues.

“The Bundesliga must be careful that it retains four qualifying positions. It would be good if next to Bayern and Dortmund, a third team would be constantly represented in the Champions League.”