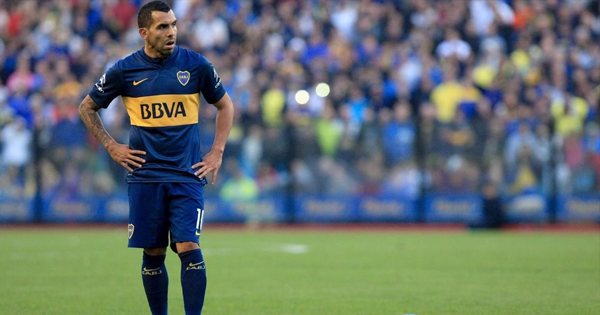 Tevez left boyhood club Boca for Chinese Super League side Shanghai Shenhua in a deal reportedly worth $40 million in December but completed a return to Buenos Aires this month after struggling in China.

And the 33-year-old, who described his time in the CSL as a holiday, impressed in his 90-minute performance in front of the adoring La Bombonera, setting up Nahitan Nandez for Boca’s second goal in their 2-0 win over Colon.

Wearing the captain’s armband, Tevez nipped in front of his opponent to play through Nandez and the Uruguayan lofted the ball over the oncoming Alexander Dominguez just past the hour-mark following Cristian Pavon’s third-minute opener.

“I feel alive, enjoying at all times. The affection of the people makes me feel very happy,” Tevez said afterwards. “It was important to remove all the doubts of the summer.

“It’s more exciting to be here. My family has suffered a lot, but it’s normal, these are the rules of the game, and I’m back, trying to give joy to the people.

“It is very nice to hear people sing for me, now I will enjoy it with my family.”

Boca’s win – their third consecutive victory in the Superliga – extended the club’s lead atop the table to six points after 13 rounds.