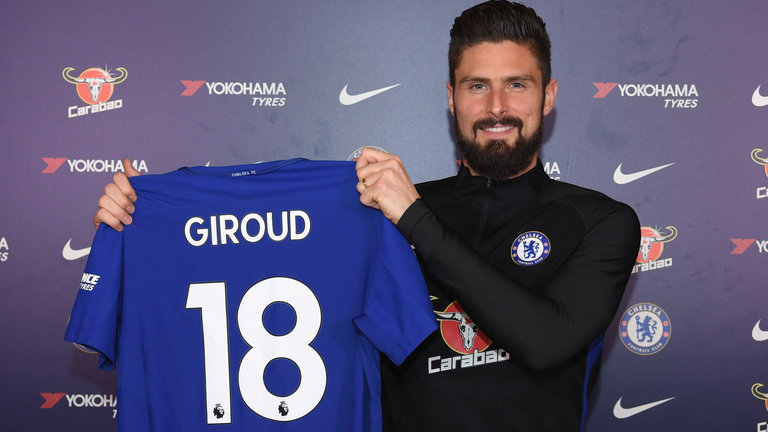 Olivier Giroud has admitted that he was disappointed to leave Arsenal but is looking forward to a fresh challenge at Chelsea.

The 31-year-old striker signed for the Blues for £18 million from their London rivals after Arsenal snapped up Pierre-Emerick Aubameyang from Borussia Dortmund, while Michy Batshuayi went from Stamford Bridge on loan to the German club.

Having started just one of his 16 appearances in the Premier League this season after the arrival of Alexandre Lacazette, Giroud sought a move away from Arsenal in January in order to play more regularly.

“The fact is that the coach wanted to recruit a new striker and with Aubameyang’s signing at Arsenal, there were three top strikers, and that’s why I decided to leave,” Giroud told Telefoot.

“It made sense for me to take a new direction in my career. There was a bit of disappointment, even though I spent five wonderful years there.

“I could have stayed, but I needed a solution to get back in. I wanted to stay in the Premier League and Chelsea was a great opportunity for me.”

He added that France boss Didier Deschamps had hinted that he needed to move in order to win a berth at the World Cup in the summer.

The opportunity to work with Antonio Conte at Stamford Bridge was one he did not wish to turn down and he is hopeful of challenging Alvaro Morata for game time.

“My choice was quite clear and obvious when I knew that Antonio Conte wanted to work with me,” he added.

“The conversation was more important, I know that Conte appreciates my profile, we will work well together.

“[Morata and I] are the two main strikers at Chelsea. There will be good competition between us.”

Indeed, Chelsea were far from alone in chasing the centre-forward.

“Dortmund were interested in me, but for a loan, there was Sevilla too and at one point my agent received a call from Roma,” he revealed.

Giroud spent five and a half years at Arsenal after signing from Ligue 1 side Montpellier and went on to win three FA Cups with Arsene Wenger’s side.