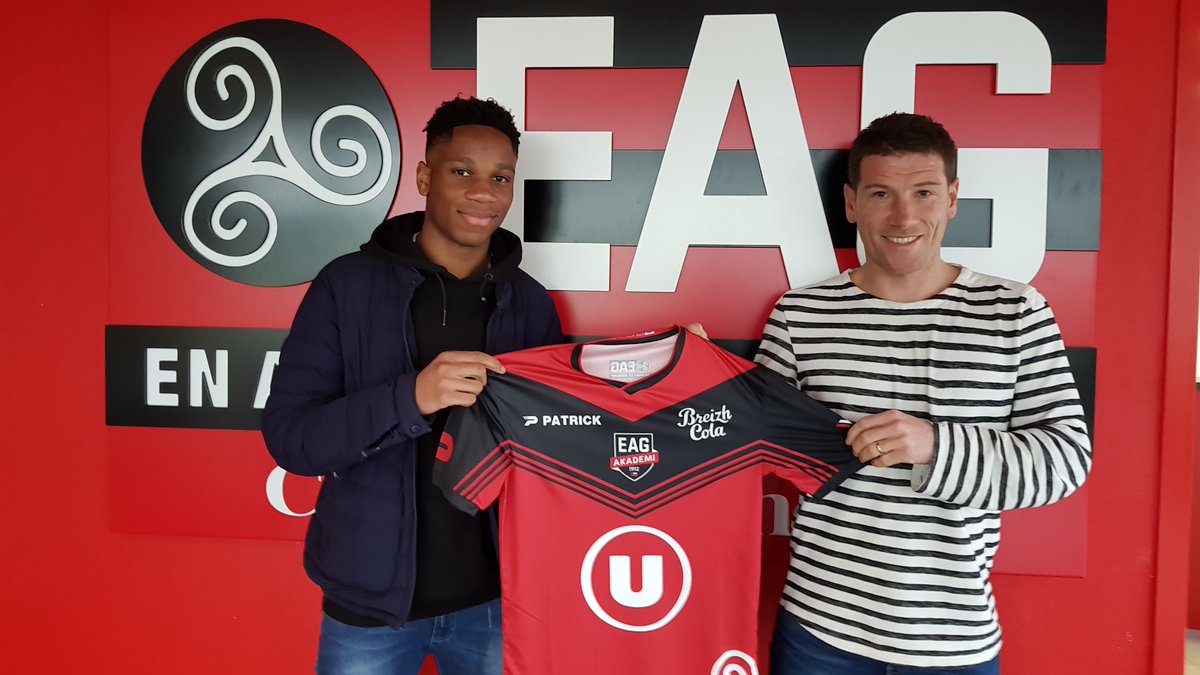 Guingamp U19 have completed the signing of Isaac Drogba, the son of Chelsea and Cote d’Ivoire legend Didier Drogba.

The French side confirmed the deal on Monday, with the 17-year-old forward, who trained with the Blues youth setup returning to the team his father played for 16 years ago.

“Drogba joins the EAG! The recruitment cell of the academy EAG is very pleased to record the signature of Isaac Drogba, son of Didier Drogba. Born in Vannes, on December 15, 2000 and trained in Chelsea, he joined the U19 of the academy,” the club tweeted.

Drogba joined Las Costarmoricains in an £80,000 move from Le Mans. There, he scored 24 goals in 50 appearances before linking up with Olympique Marseille.

Excited by this move, Drogba senior took to Instagram to express his delight. “Couldn’t be more proud of you Isaac Drogba.”