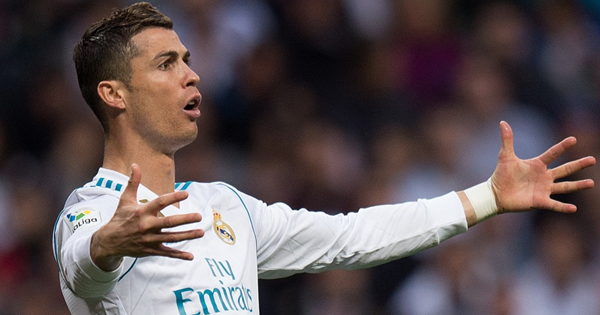 The Sun claim Ronaldo is ‘open to a move to Stamford Bridge’ after growing fed up in Spain.

Ronaldo is said to want to quit Real Madrid in the wake of the tax issues and with the side faltering in La Liga.

Zinedine Zidane’s side are struggling in the league and sit fourth after 20 games, 16 points behind leaders Barcelona.

Ronaldo’s dream of a move back to Manchester United is over after the signing of Alexis Sanchez and now he’s looking at other options.

And Chelsea are said to be his choice.

A source told the Sun: “Ronaldo to Chelsea would be a stunning deal, but it makes a lot of sense if you think about it.

“Chelsea need more attacking players and if United don’t want Ronaldo, it’s very unlikely he would go to Liverpool or Man City because of the rivalry.

“So that leaves Chelsea as the only club who could afford his wages.

“It would also mean he was living in a cosmopolitan city, which is something that is important to him now he has four children.”

Chelsea will come under pressure from Real Madrid in the summer with Eden Hazard on their radar – and Ronaldo could even act as a replacement for the Belgium star.

Ronaldo has been linked with Chelsea in the past with Roman Abramovich an admirer and he would have the financial clout to pull it off.

The 32-year-old has still scored 19 goals this term – with nine in the Champions League – despite his and Madrid’s struggles.