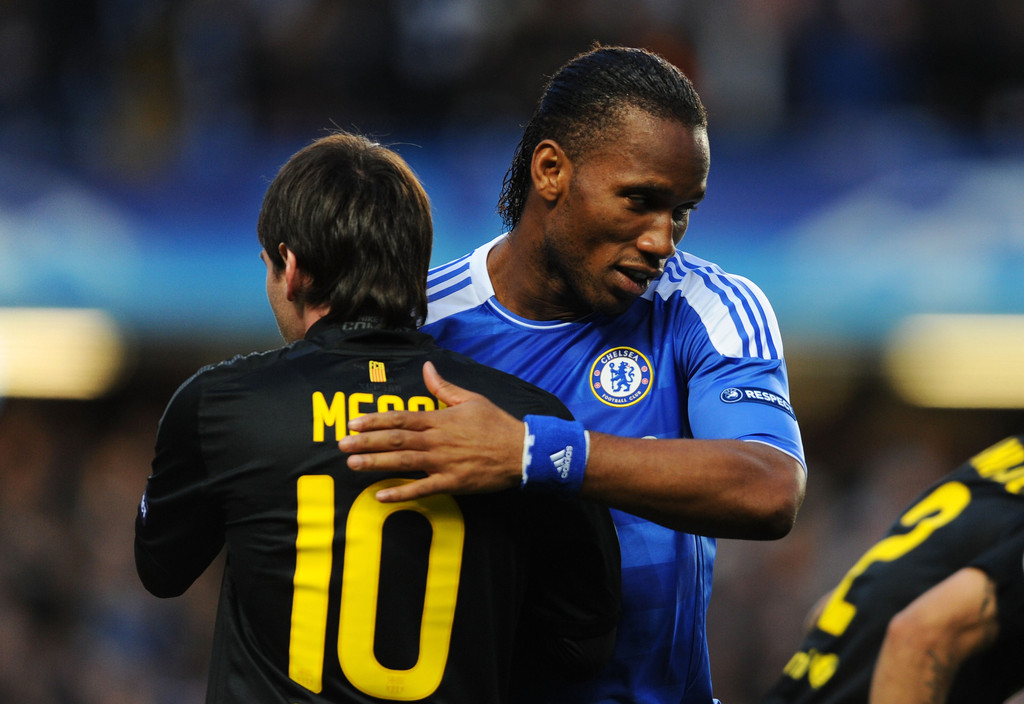 Of all the teams the Barcelona forward has faced, he has failed to hit the net against just 12, including Tuesday’s Champions League opponents

A career spent as one of the world’s most prolific goalscorers and perennially at the top of the game, Lionel Messi has upset a huge number of teams as a star for Barcelona.

The Argentine’s exploits have led the Catalan side to global success and helped keep them within the top echelons of European football.

So consistent has Messi been that it is easier to name the teams he has failed to score against in his senior career since he emerged in Barca’s senior side as a 17-year-old in October 2004.

Of all the teams Messi has faced in the near 13 and a half years since his first appearance for the Blaugrana, he has failed to hit the net against just 12.

He will get the chance to knock one of those teams off the list on Tuesday when his side visit Chelsea in the Champions League. Goal runs through the teams the Camp Nou icon has never scored against.

Messi’s third official appearance and first start for Barcelona was also his first defeat with the senior side, as Frank Rijkaard’s men lost to Gramenet in the Copa del Rey.

Despite the presence of Messi, Henrik Larsson and Andres Iniesta in the starting XI, the Blaugrana could not find a way through against the third-tier team and conceded the decisive goal in extra-time.

It is the only time Messi has come up against his side’s Catalan neighbours.

With just one goal to his name for the Camp Nou outfit, Messi was still far off the level that carried him to five Ballons d’Or when he lined up against Udinese in September 2005.

Back then, he was just a promising youngster lucky enough to be playing in attack alongside Ronaldinho and Samuel Eto’o.

It was the Brazilian who showed he was still the grandmaster in the Champions League encounter, scoring a hat-trick in a 4-1 win.

Messi, meanwhile, was withdrawn in the 70th minute and although he scored in his next Champions League appearance, he was left out of the next two group games, one of which was the return clash with Udinese.

In December 2005, Messi missed another rare chance to add another name to his long list of victims in a game against Cadiz.

The Argentine got an assist as Barca won 3-1, setting up Samuel Eto’o early in the second half.

Messi was injured when the two sides met later in the season in a much tighter affair but, luckily, Ronaldinho was on hand to score the winning goal as Barca went on to win the league.

He has not faced them since.

The 2007-08 season may have been a disappointment for Barcelona, as they finished third in La Liga, an incredible 18 points behind champions Real Madrid.

However, it ended with a lot of fun, as they recovered from the concession of an early goal to storm to a 5-1 lead over Real Murcia in the final game of the season.

Messi again got two assists, but it was Giovani dos Santos who took the plaudits for his hat-trick. While Barca have faced Murcia several times since, Messi has not played in any of those games.

Barca strolled to Club World Cup success in 2011 with 4-0 wins over Al Sadd and Santos.

Although Messi outshone a young Brazilian superstar by the name of Neymar by scoring twice in the tournament decider, the Argentine was unsuccessful in finding the net against Al Sadd in the semi-finals.

He did, however, set up Seydou Keita for Barca’s third goal in a routine win.

Messi may have drawn a blank against Girona in his first meeting with the newly-promoted side earlier this season, but they hardly needed him at his best.

Barca were gifted two own goals by the hosts before Luis Suarez put the game beyond doubt.

Messi could bring this list of teams down from 12 to 10 by the end of the week, as Barca travel to Chelsea on Tuesday before taking on Girona again at the weekend.

Messi, Ronaldinho, Xavi and Deco could do little to prevent Liverpool from marching to the 2007 Champions League final when they met at the last-16 stage.

Rafael Benitez’s men got the crucial away goals with a 2-1 win in Camp Nou before Barca edged the return leg 1-0. Despite Messi starting and finishing each game, he could not find a crucial goal to put Rijkaard’s men through.

The Anfield side have been lucky to have evaded his reach in the near 11 years since.

Barcelona came up against Benfica early in Messi’s career, when they overcame the Portuguese side in the quarter-finals on their way to Champions League success in 2006.

The Rosario-born star was was ruled out for the tie through injury, however, and did not get a chance to face them again until 2013.

He orchestrated one win over the Eagles with two assists, but Benfica go down as another side that he hasn’t scored against in two attempts.

Messi certainly has a reasonable excuse for having never struck lucky against Xerez.

Although he played against them twice in La Liga in 2009-10, he was a second-half substitute each time and played a limited role in victories for Pep Guardiola’s team.

It was Jose Mourinho’s Inter who halted Barca’s march to another Champions League crown when they knocked the Catalan side out in dramatic circumstances in the semi-finals in 2010.

The two sides met four times in the competition, having also been drawn in the same group, but Messi was kept quiet in the three times he featured against that year’s tournament winners.

Russian side Rubin Kazan have proved a surprisingly stubborn side when it comes to facing the Blaugrana in Europe.

Even the attacking prowess of the five-time Ballon d’Or winner has proved futile in any game he has played against them.

The Argentine has been on the winning side against Rubin just once in the four times he has faced them, drawing two and losing one.

A fixture with a lot of history, meetings between Barcelona and Chelsea in the Champions League generate a great deal of excitement and controversy.

Of the eight times Messi has taken on the Stamford Bridge side in the last 12 years, he has been on the winning side just once, in 2005-06.

He did have an integral role in the most exciting moment between the two sides in recent years when he set up Andres Iniesta for the big winner in their 2009 semi-final leg at Stamford Bridge.

However, in eight games against the Blues, Messi has never found the net.

Will that change on Tuesday?