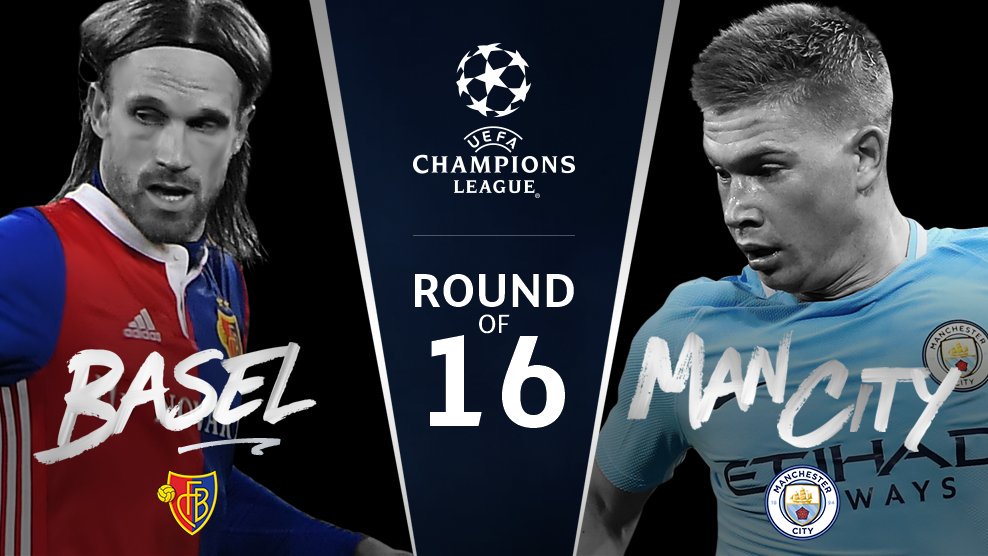 The Swiss champions, currently second in their domestic league, face their sternest challenge of the season so far

Manchester City begin their Champions League knock-out journey fresh in the knowledge that they have a 16-point gap between themselves and cross-town rivals United in the Premier League.

As such, Pep Guardiola can afford to field his strongest side against one of the lesser lights left in Europe’s top club competition in FC Basel.

The Catalan coach will be further buoyed by Sergio Aguero’s four-goal performance against Leicester at the weekend, with Gabriel Jesus still unavailable through injury.

Basel, currently second in the Swiss Super League, five points behind Young Boys, bounced back from a home defeat to Lugano with an away win at FC Thun on Saturday and will look to bring the game to visiting City at St. Jakob Park.

Raphael Wicky looks likely to be without defensive midfielder Luca Zuffi as the Switzerland international struggles with injury, while goalkeeper Germano Vailati remains a long-term absentee.

David Silva is also a doubt after missing Saturday’s match with Leicester due to a hip issue.

The return of John Stones gives Pep a selection headache at the centre of defence, while Phil Foden offers the coach an additional option in midfield.

A surprising draw away to Burnley at the beginning of February remains the only recent hiccup in Man City’s seemingly unstoppable charge to the Premier League title, with 16 points now separating Guardiola’s charges from second-placed Manchester United.

City’s Champions League campaign has been going much the same way, with a defeat in Ukraine to Shakhtar Donetsk still the only black mark on an otherwise flawless European season so far.

Injuries to Gabriel Jesus and Leroy Sane have been well covered by Sergio Aguero and Bernardo Silva, with the former having scored four goals in City’s 5-1 rout of Leicester at the weekend to give Basel real food for thought as they prepare to face the English champions-elect.

Given their opponents’ routine dominance of possession in games, Basel will likely opt for a sole striker rather than two up top, with exciting youngsters Dimitri Oberlin and Albian Ajeti almost certain to make way for the more experienced Ricky van Wolfswinkel to spearhead the attack.

Old heads Marek Suchy and Serey Die will undoubtedly be looked at to provide calm amongst a fairly young squad, while Taulant Xhaka, brother of Arsenal’s Granit, will be aiming to give a good account of himself against one of the strongest midfields in recent memory.